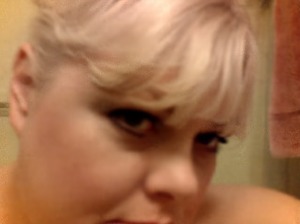 ROLE IN THE MOTHER’S MOVEMENT:

Lorraine refers to AMPP as “a bunch of talking vaginas”.

At this time, ATW will reserve comment on Lorraine’s two custody cases, other than to include these comments that are from her own words, and give insight to the concerns of the Court in Lorraine’s family situation, and parenting ability. Child custody litigation is complex, especially when abuse allegations are involved, and when the case extends over a number of years. ATW would like to express our support to the children involved, we sincerely hope that despite past difficulties, that all of you go on to enjoy happy and successful lives.

Lorraine has 3 daughters from a first marriage, she lost custody of the children to their father during a divorce and custody ruling in 1997. According to Lorraine, “…Frank Calvert, of Oconto County, (was) the GAL on my divorce/custody proceedings in 1997 who recommended custody to my ex abusive husband-.. It was also Mr. Calvert who made sure that in his recommendations that in order for me to have primary placement with my older three daughters I was to have a “stable living environment away from Craig Hensberger”. http://thesharedparentingdisaster.blogspot.com/2009/10/hero-mother-her-story.html

Though the ex husband retained custody of the 3 children, Lorraine did have regular visitation.

Despite the concerns of the Court, Lorraine continued her relationship with Craig Hensberger (they never married) and in 1998, she gave birth to a daughter. Lorraine became involved in an intense custody dispute with Craig . The abuse allegations and reports are ongoing, Lorraine alleges that Craig abuses her daughter and is an alcoholic. Craig has a criminal record, and denies all allegations made by Lorraine.

According to Lorraine,”…the sitting judge on the case, Judge Miron, also made his threats again that maybe he would ‘contact CPS because neither one of us is a fit parent and maybe he should take he away from both of us’… He stated that maybe foster care was the best place for her. “ http://thesharedparentingdisaster.blogspot.com/2009/10/hero-mother-her-story.html

Lorraine has posted details about the custody case involving her fourth child online, including the legal name of her child, and the graphic details of the abuse allegations. ATW strongly believes that children deserve privacy, and that posting their real name and sensitive details about abuse online for all to see is traumatic, and creates a public history that follows the child, even into adulthood. Anyone going online—potential employers, college recruiters, a potential boy/girlfriend etc—will be able to look up that child’s name, and read details of the parent’s custody battle, and abuse allegations. The child then loses their ability to form their own identity, and becomes defined by the past—as a victim. This is extremely unfair, and takes away the privacy a child deserves. There is a proper place to report abuse, and a proper way to advocate for your child, posting your child’s name/identifying information and revealing graphic details of abuse all over the internet is reckless and dangerous, and only causes more harm to the child.

Lorraine also went on the “Glenns Cult/Petunia Pig” website to make fun of and “expose” her alleged abuser, Craig Hensberger. At one point, it appears Craig considered filing a libel case against Lorraine because of what was posted on “Glenns Cult”. ATW has to wonder if you are truly afraid of your abuser, who now has custody of your vulnerable child, why would you go online and aggressively post material that would likely provoke his anger and place your child in jeopardy?